Please feel free to read, share your thoughts, your stories and connect with others!
Post Reply
13 posts • Page 1 of 1

I feel like I'm reading another language! Do we need to understand this report? Thank you for any information.....
Stage 2b was mentioned but not confirmed
Top

Hello--sorry to know you are dealing with a cancer diagnosis.
The part that shouts out to me is "all margins are free of tumor". That means that the tissue that the surgeon sent to pathology was found to have no cancer cells at the cut-line. In other words, the surgeon's attempt to cut the cancerous areas away completely were successful.

In the TNM method of describing a patients staging,
T is for the primary tumor. The number after can range from 1 to 4. Higher numbers are worse than lower ones.
N is for nearby lymph nodes. N0 and 0/23 means 23 lymph nodes were analyzed and zero were found to have cancer cells.
M is for metastasis--whether or not cancer has spread to distant organs. Mx means they have no information on this.

I am guessing that due to the noted lymphovascular invasion, chemotherapy will be recommended.
Stage 2b is curable, as I am sure other responders will attest.

I hope your husband's recovery from surgery is going well. It's a long road, but you'll find lots of support here.

Have you met with an oncologist yet? Hopefully either they or the surgeon can sit down with you to explain the report. It is definitely good that no lymph nodes were positive and you had clean margins. However as it was explained to me the vascular invasion means cancer did get into the lymph or blood vessels so it is possible it spread somewhere. I think the neural invasion is similar. So, depending on your husbands age and health other than cancer I would guess that folfox or xelox will be recommended. If there are any cancer cells left anywhere you want to catch them now before they spread!

My Husband is 54 and healthy ...well...
Surgeon didn't explain the report but I learned from this forum that I should ask for the report. Oncologist is on may 26th. I'm so grateful to be able to ask questions on this forum.
Top

I agree with sleen. It sounds very promising at this point and agree with probable chemo since the invasion as there could be some floating around but undetectable at this time. The chemo would be to kill the floaters off. Best wishes. Jmo and my interpretation.
Top 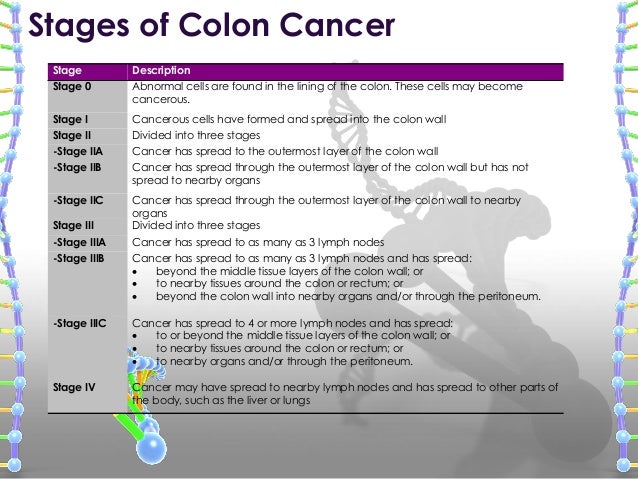 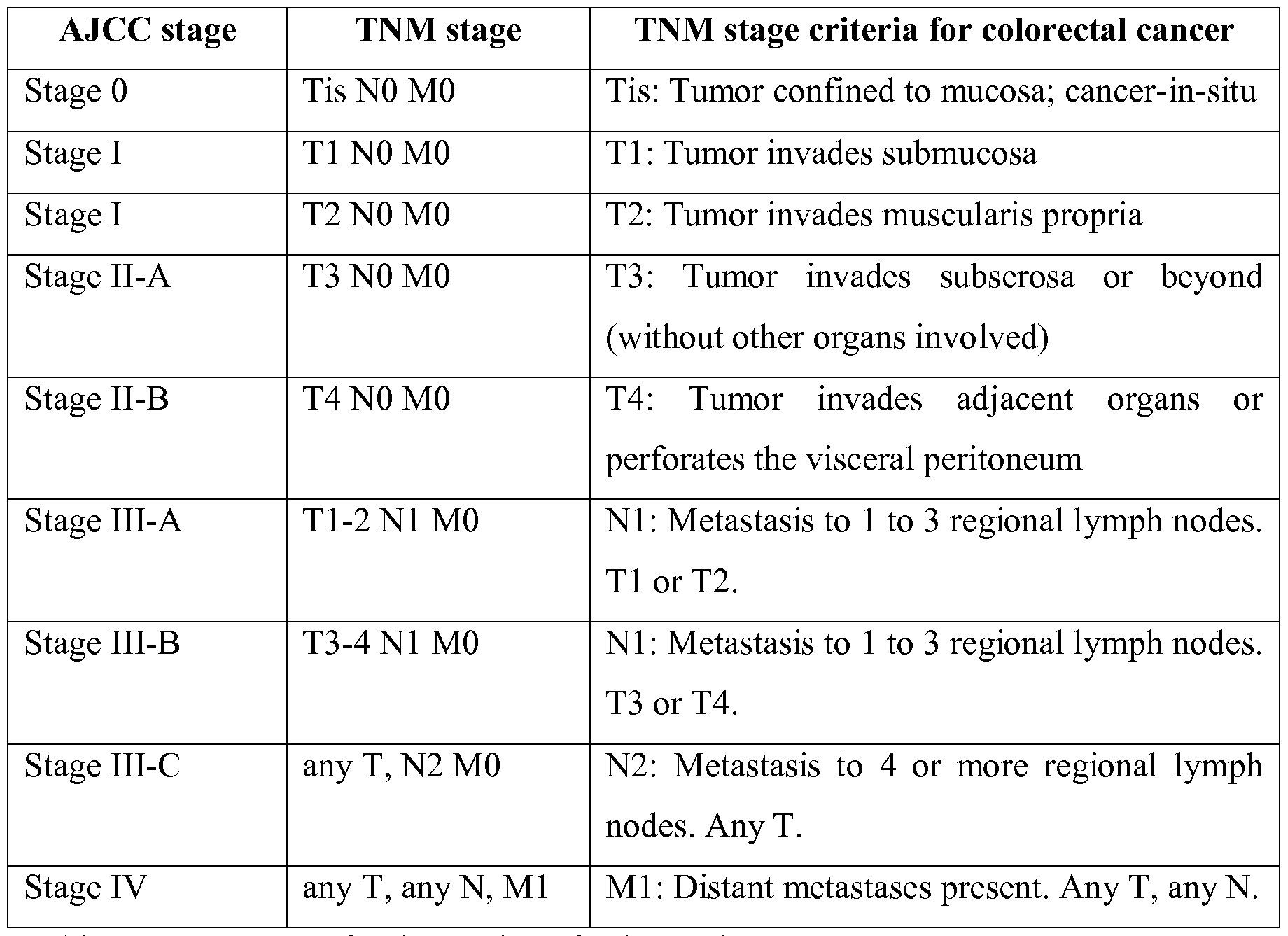 Just to answer your question of whether or not you need to understand the language of a pathology report, No. You do not. That is what your oncologist is for. But you should still read your reports and make sure your doctor explains what it all means. Be involved in your health-care experience as much as possible, and never ever be afraid to ask a question. Doctors may advise us and tell us what they think is best for us, but ultimately we should be in control of our lives.
Colo-rectal cancer with liver metastasis diagnosed in 2008
Chemo, radiation, then colon and liver resections 2009
2 more liver resections 2009-2011
2013- Liver clear, but small mets spotted in both lungs and rear pleural sac tissue. Terminal condition
Chemo 2013-15
August 2015- Off chemo after tumor growth continued through treatment. Doing radiation on painful tumor in my back for quality of life. Not much time left.
Top

I agree that you should always get your pathology and radiology reports.

If you're new to the disease (maybe even if you're not), I recommend that you make a follow-up appointment with the oncologist before you actually read the report. Knowing that you have a confirmed appointment could save you some anxiety if something scary shows up on the report. Maybe it would be best to hold-off on downloading/reading the report until the day of the appointment.

Your husband's situation is almost exactly what my husbands was. My husbands tumor was also in the cecum and penetrated the orifice of his appendix. They removed his cecum, 15 inches of his colon, terminal ileum, appendix, along with much surrounding tissue and 34 lymph nodes. His official stage was llbt4a. He also, like your husband had lymphovascular invasion of the blood vessels. His cells were poorly differentiated. All these characteristics put him in a high risk category for stage ll. It was highly recommended that he do 12 rounds of folfox which is what we did. It is good that his lymph nodes were clear and that there is no spread to other major organs. Some stage ll's don't require chemo, but those are not t4's and usually don't have invasion of the blood vessels and the cells are well differentiated. I'm sure they will highly suggest that you follow up with chemo mostly because of him being a t4. My husband was 52 at time of diagnosis and was in good health otherwise. He did ok with the chemo. He has been ned for 52 months now! We were afraid that if we didn't do the chemo, some lingering cells that may be floating around would set up shop somewhere else in his body and form another tumor. It's your decision to make, but I would personally recommend doing chemo. If it gets to be too much, you can always stop. Whatever you choose to do, make sure you have a proper follow up surveillance plan set up. My husband had a ct scan and cea every 3 months for the first year and a half,and then every six months for the next two years before going on to once a year scan and cea. The oncologist at MDA said he wants to follow him till he reaches year 7 post surgery.

Overall,I think you should be very optimistic about his prognosis!

Wishing you the best of everything,

Oh sweet; based on those charts I just went from a 3c to a 3b. Thanks for brightening my Friday morning!

DnJ wrote:...
Penetrates to the surface of the visceral peritoneum
...
All margins are free of tumor
...
Pathological stage: pT4a N0 Mx ...
Do we need to understand this report? Thank you for any information.....
Stage 2b was mentioned but not confirmed

I think it would help if you were to seek clarification for Stage 2b.

The AJCC staging manual for colorectal cancer was changed recently. In the earlier edition, Stage 2 had only two levels: Stage2a and Stage 2b. Now, the staging manual gives 3 levels for Stage 2: Stage 2a, Stage 2b, and Stage 2c. I assume that the pathologist is using the new staging system, in which case Stage 2b is in the middle of the Stage 2 range.

It might help to ask what the risk factors would be for a patient in your situation. The report says that there was penetration to the surface of the visceral peritoneum, but it doesn't mention anything about attachment or adhesion of the tumor to adjacent organs or structures outside the colon. Nevertheless, it appears that the colon was somewhat perforated, and perhaps some cancer cells could have escaped through the perforation. But the report also said that all margins were clear. A full pathology report will give three margins: near margin, far margin, and the radial (circumferential) margin. The problem might be with the radial margin (i.e., near the area where the penetration occurred). If the pathology report is complete and accurate, and if all margins were in fact clear -- including the radial margin -- then it would mean that the margin around the tumor itself did not have any cancer cells either, which is good to know.

From my point of view, the concern might be that some cancer cells from the large T4 tumor could have escaped and might have fallen into the abdominal cavity. This might then lead to a later recurrence of peritoneal mets -- but I'm not sure about this at all. I'm not very familiar with this area.

In any event, what I would suggest is to ask the doctor whether a first-line chemo program would be effective in attacking cancer cells that might have fallen in the vicinity of the peritoneum.

It would also help if you could create a signature so that all your critical information is listed at the bottom of each of your posts. A link to the signature page is here:

Also do you have results from any scans of the liver or lungs? If so, this would clarify or update the Mx in the path report
◄▐▐▐ ►

Met with the oncologist today. DH will have a port next week and Folfox the following week. Thank you for your responses to my question.
Top

I also think it is best to know as much as possible about your procedures and results. I was just diagnosed with an adenocarcinoma in my cecum following a right hemicolectomy to remove a 2.5 cm polyp found on routine colonoscopy. I had a copy of the pathology report (and I'm a sonographer who deals with a lot of breast cancer patients so I know a little bit about reading a path report). I saw the oncologist for the first time yesterday and the first thing she said was that my tumor was stage II. The path report had said extension into but not through the submucosa so I was pretty sure it was a stage I, so I asked her how she came up with her staging. After a little more questioning and reading and awareness, we came to the agreement that I do have a stage I tumor. Needless to say I was a little concerned about my choice of oncologist! But being in the medical field myself I know that doctors are very busy and see lots of patients so I'm going to cut her a little slack and see how she does going forward. Anyway, being stage I, I won't need her to do too much, thank God!
57 yo mom of 3 (28, 26, 23)
5/15 stage I colon cancer
T2N0Mx
Top
Post Reply
13 posts • Page 1 of 1

Users browsing this forum: No registered users and 3 guests